Swindon won the first leg 2-1 at home but were beaten 1-0 by their hosts on Thursday night, with Port Vale eventually winning the tie 6-5 on penalties to progress to the League Two play-off final.

The deciding spot-kick was missed by the Robins’ Ellis Iandolo, which prompted the home fans to invade the field as the visitors tried to make a hasty exit. 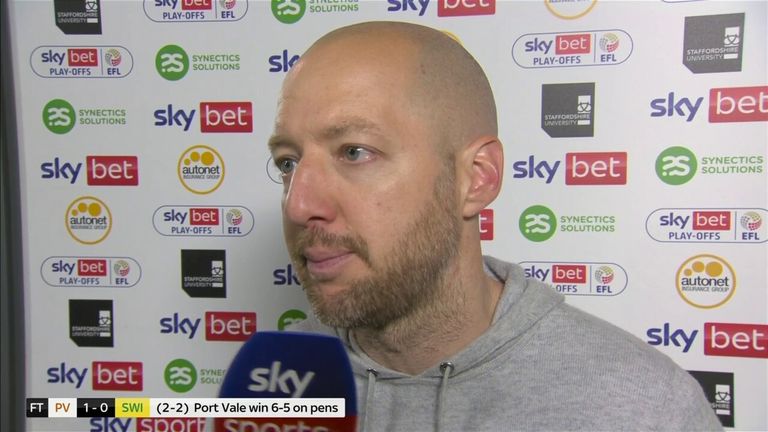 However, some Swindon players appeared to be involved in confrontations with Port Vale supporters, and Garner was furious with the treatment he says his side received.

Speaking to Sky Sports, the Swindon boss said: “Players have been physically and verbally abused. I know I’ve seen it in some of the other play-off games.

“I don’t know where we’re going as a country. It’s absolutely disgusting.”

Swindon right-back Mandela Egbo accused Port Vale fans of attacking him during the pitch invasion, later posting on Twitter: “How you scummy fans get two free shots and only manage a scratch?

“And I’m supposed to keep my cool – if I react I’m the bad guy right?”

On Thursday, a man was jailed for 24 weeks for the attack.