Zalatoris one ahead of Mito Pereira, with Justin Thomas three behind; Bubba Watson four back after equalling the lowest round in PGA Championship history and McIlroy slips five back, with Woods making the cut on three over after a second-round 69

Will Zalatoris opened up a one-shot lead at the halfway stage of the PGA Championship, as Rory McIlroy failed to build on his overnight advantage and Tiger Woods battled into the weekend.

Zalatoris benefitted from the massive improvement in conditions for the afternoon wave to card a bogey-free 65 at Southern Hills, posting five birdies to move the 25-year-old to nine under and ahead of Chile’s Mito Pereira.

Pereira – making just his second major appearance – missed a birdie chance on his final hole to post a 63 and equal the lowest round in the tournament’s history, a feat Bubba Watson managed after mixing nine birdies with two bogeys during a remarkable second-round display. 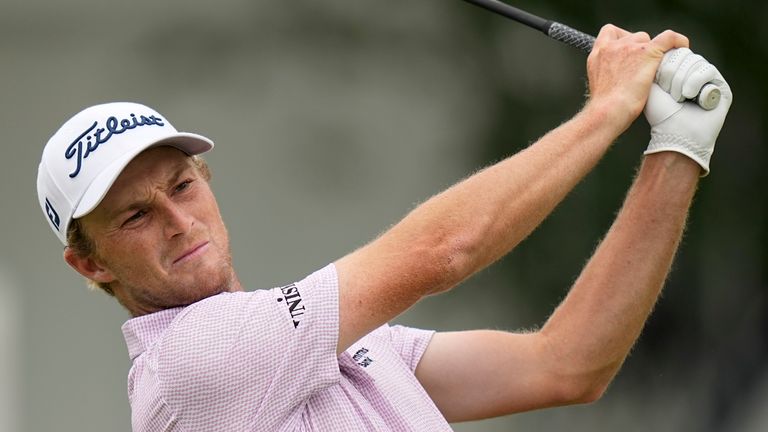 “I got away with murder a few times today for sure, especially starting off the day hitting the left trees and hitting it to a kick-in,” Zalatoris said. “We lucked out with the draw for sure. I played the last eight holes with not much wind, but take it when you can get it.”

Justin Thomas is three strokes back in third after overcoming strong winds earlier in the day to card a second successive 67, with Watson in fourth and McIlroy five off the pace after following his opening-round 65 with a one-over 71 on Friday. 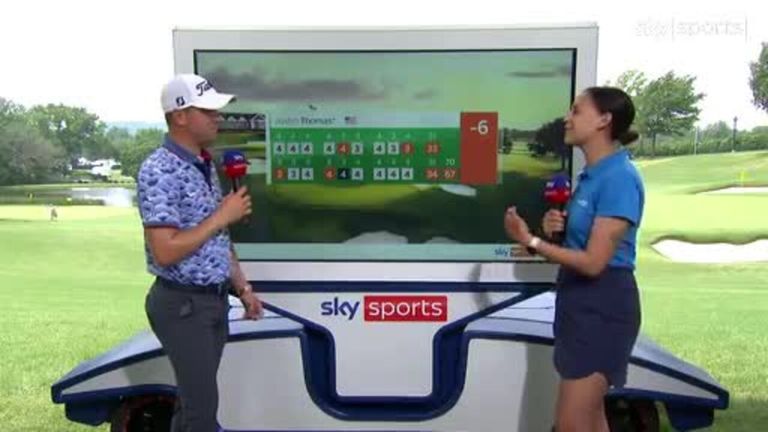 McIlroy’s overnight advantage had disappeared before he had even teed off, with the Northern Irishman losing further ground when he followed a dropped shot at the second with a three-putt bogey at the seventh.

The two-time PGA champion registered a first birdie of the day when he holed from 10 feet at the 12th, with a run of pars along the closing stretch leaving him on four under heading into the weekend.

Matt Fitzpatrick posted a one-under 69 to move to three under and Tyrrell Hatton sits a further shot back alongside Cameron Smith, who hit Aaron Wise with an errant drive early in his round, while Jordan Spieth is 10 shots off the halfway lead as he chases the career Grand Slam.

Woods matched Spieth’s 69 to make the cut in just his second competitive start back from last February’s car crash, recovering from a double-bogey at the 11th to birdie two of his last six holes and make it through on three over.

World No 3 Collin Morikawa and former Masters champion Hideki Matsuyama both stuttered into the weekend on the cut mark, while two-time major champion Dustin Johnson joined Scottie Scheffler in suffering an early exit.

Scheffler looked well placed to make the cut and keep his hopes alive of a fifth victory of the season, only to post four bogeys after the turn and double-bogeying his final hole to sign for a five-over 75.