US futures on the , , , and fluctuated on Tuesday while European and Asian stocks slipped. Stocks in China plummeted as local COVID cases soared. As well, China’s strong ties with Russia—which continued to bomb Ukraine after yesterday’s peace negotiations failed—have started to become a liability for the Asian nation. Markets are worried that the US may sanction China if it provides military support to Russia.

Investors are also considering the effects of tightening US monetary policy ahead of tomorrow’s decision from the US Federal Reserve.

All four major US index contracts spiked simultaneously at 4:00 EST when European trading opened but then slid lower. Last week, the Russell 2000 outperformed and the NASDAQ 100 lagged. That relationship has flipped in today’s trading and the Russell is leading the charge lower ahead of the US open.

In Europe, the Index has fallen around 1% as commodity-related stocks were buffeted by a surge in coronavirus infections in China that has led to increased restrictions there. The pan-European index was also dented by miners and travel and leisure shares coming under pressure.

The Hang Seng’s plunge brought the index to a fresh six-year low, with a loss of $460 billion of market value. China’s internet giant, Alibaba (HK:) crumbled, down almost 12%.

The Treasury rout enjoyed a breather, allowing yields on the note to reach 2.1%. 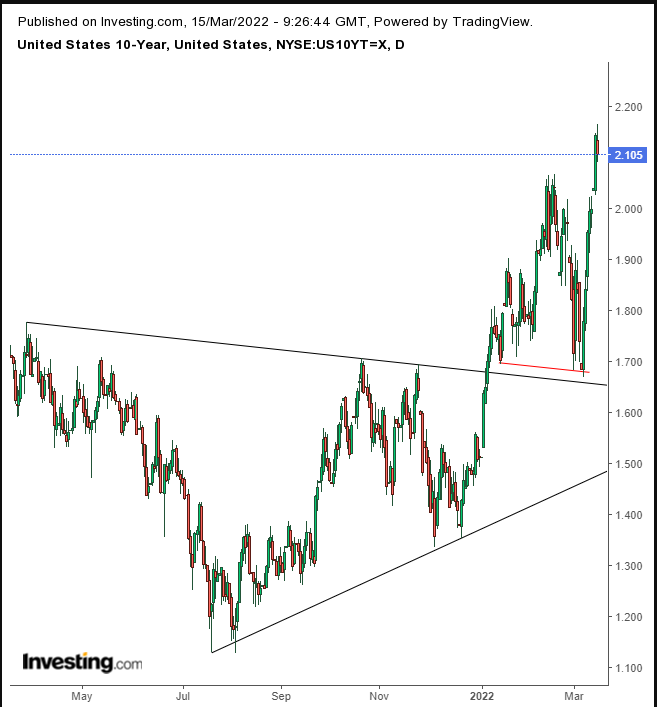 The slipped for a second day. 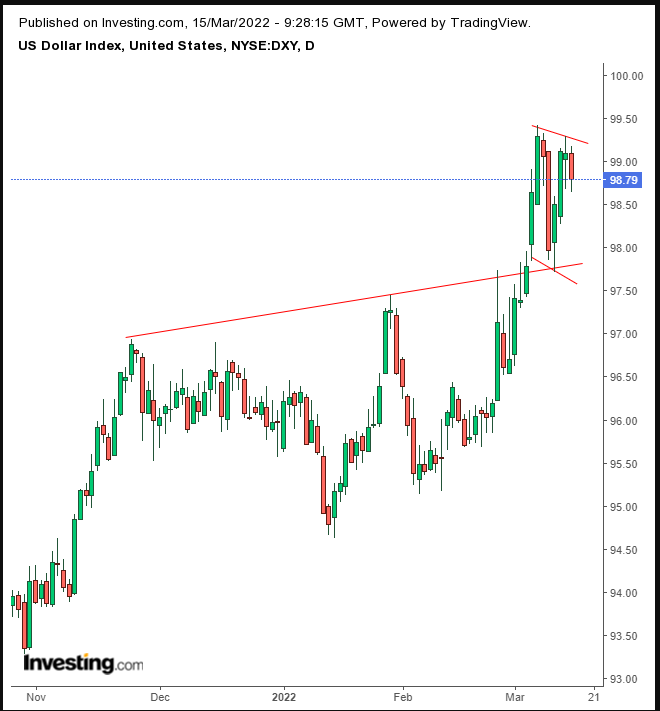 The greenback resumed its move along with the potential falling flag we discussed yesterday after breaking out of an H&S continuation pattern.

fell for the third straight day for the first time since Jan. 28, as we predicted. 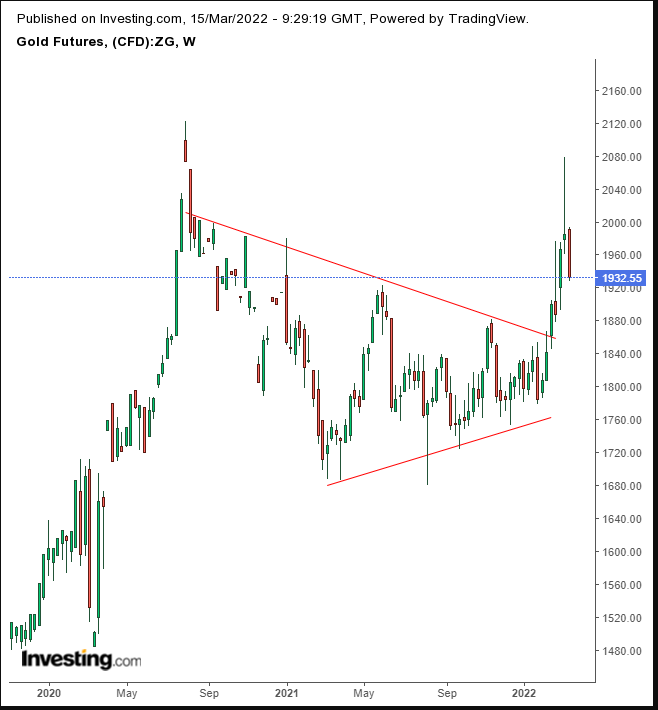 The slide was due to profit-taking, after having reached the sizeable symmetrical triangle’s implied target. 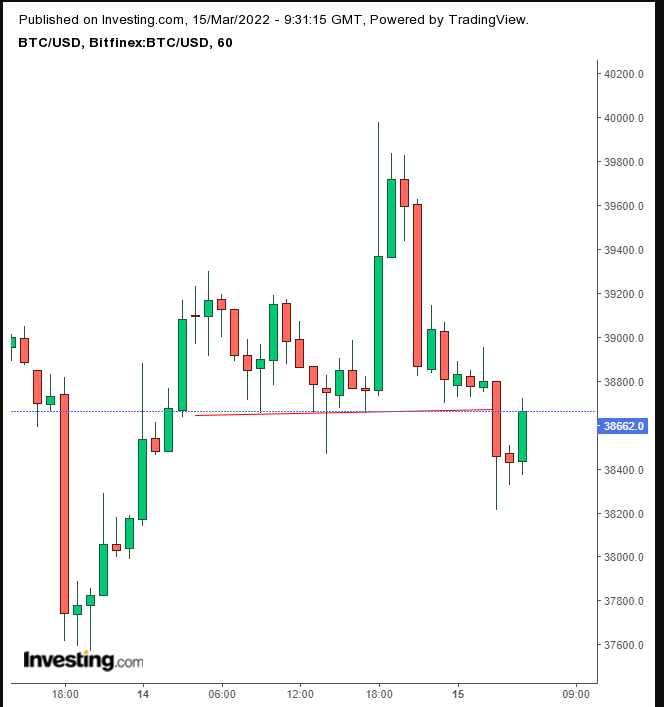 The cryptocurrency just confirmed the resistance of the neckline of an H&S top on the hourly chart. 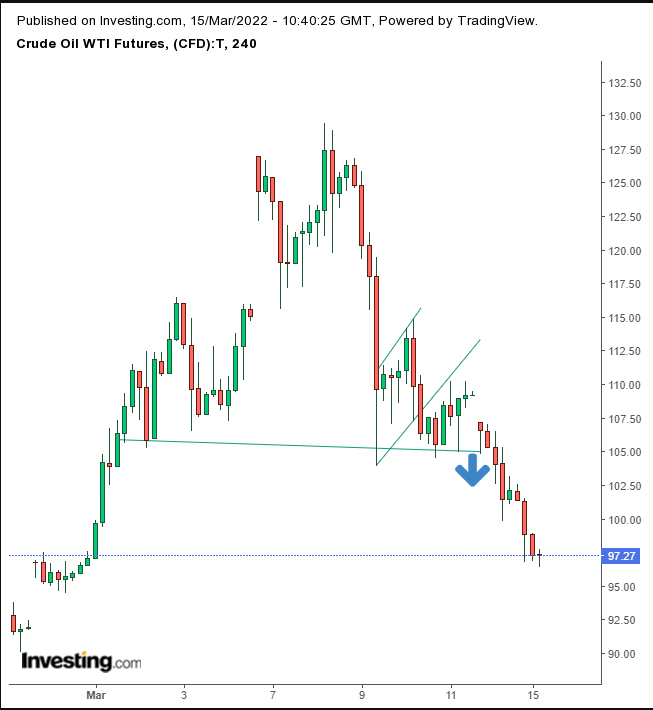 The price completed the H&S top we outlined last week.