Jamie Carragher and Gary Neville revealed their end-of-season awards in the final Monday Night Football of the campaign.

They also named their teams of the season, and while they both included Alisson, Virgil van Dijk, Kevin De Bruyne, Bernardo Silva, Mohamed Salah, Harry Kane and Heung-Min Son, they differed on the remaining four. Read on to see their selections in full. 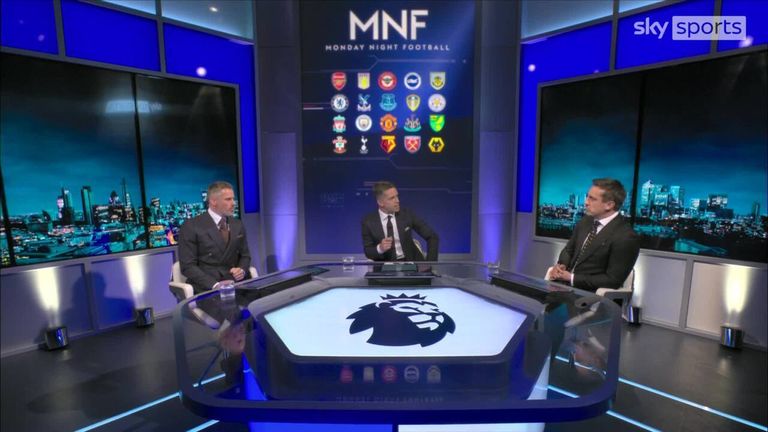 Carragher: “Salah was no doubt the best player in the first half of the season but De Bruyne was in the second half. You just think of the vital goals he got. Up against Atletico Madrid, United and Liverpool. For me, I think he is the best player in the league. I love Kevin De Bruyne. Take Liverpool out of the equation, if I want to watch someone, I watch Kevin De Bruyne. I think he is going to be one of the all-time greats in the Premier League.”

Neville: “One goal off Mo Salah playing for a team that is completely different in style, that’s not as good. Everybody loves him. I think he could play for any team in the world. Any club in Europe would take him. Son does not get the recognition he deserves. For what he has done consistently, 21 goals, one off Salah in a team that is nowhere near as good, where he doesn’t get the service, I think he just deserves a mention really.”

Neville: “The English player that all the top clubs want. Whether they can get him out of West Ham, whether they can afford him, is another matter. He may have to do another season at West Ham. He has just been a really good performer in a great West Ham season, reaching the semi-final of the Europa League. He is a massive performer for them.”

Carragher: “I really like him. Maybe with Romero being my position, I remember watching him at Man City earlier in the season and thinking there is something special about him. Every time I watch him play, he takes the ball, he is aggressive. He reminds me of Ricardo Carvalho at Chelsea. He isn’t the biggest of defenders, but he is clever, he’s switched on, he is cool on the ball. I think Tottenham have a real player there.”

Neville: “To hit the ground running like he did in January. Salah and Mane go to the AFCON in January and you are telling me that Liverpool are going to three finals and going to the last day of the Premier League? No chance. City have won the league by 10 points. They haven’t got that back up. He is absolutely sensational. To the point whereby if Mo Salah does leave in 12 months or whenever that may be, you are almost not as sad because you have a ready-made replacement. An unbelievable talent. What a player.” Carragher: “I think one of the biggest strengths of Jurgen Klopp – and obviously he is brilliant at everything – is his personality, his character. That ability to come back and fight. They only made one signing in the summer, Konate, a back-up centre-back. And they have played 60 games this season and lost three.”

Neville: “Three finals. Getting close to City. I think it is undisputed. What he has done this season is absolutely exceptional. He built that great team for three or four years and I thought they were just going over the edge a bit. Decline. Not a big amount. But he has just brought them back. It is absolutely brilliant what he has done.”

Carragher: “I went for Mo Salah against City. It was just below me in the box, where we were covering the game. It was classic Salah, it really was. It is also the opposition, it’s Manchester City, the occasion. There are different types of goals. That is the type of goal you just don’t see. It was a Lionel Messi type of goal.” 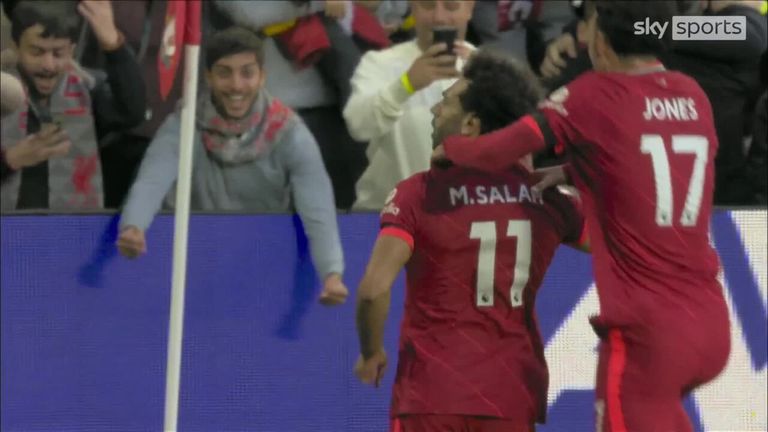 Neville: “Kovacic. I like picking a goal where I was at the game. It was a brilliant moment. It was a decent punch, height and distance. To take those two or three steps back, that was the thing. He skips as he hits it. I thought that was an amazing goal in a great game.”

Carragher’s team of the season

“Matip with his ability to bring the ball out from the back, his partnership with Van Dijk has been outstanding.”

In another difference from Neville’s team, Carragher picked Rice in midfield.

“I always talk about Fabinho or Rodri because they play for the top teams and are as good as anyone at breaking up play. 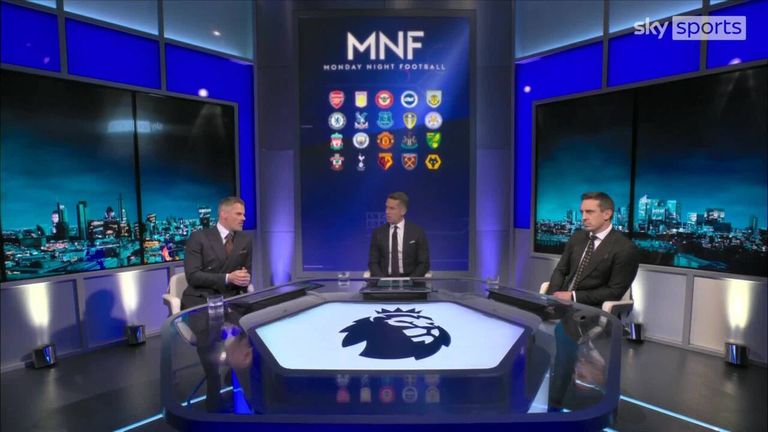 Neville’s team of the season

Neville preferred Andy Robertson to Joao Cancelo, a player he coached at Valencia.

“Absolutely love Cancelo, I couldn’t love him more, but I cannot ignore Robertson. He is the best full-back in the league by a mile because he does both things incredibly well.

“This is eight or nine out of ten every week, the impetus he gives Liverpool in games where it is hurting, it is unbelievable. He does more than you ever notice.”

Neville also differed from Carragher in his choice of right-back, opting for Kyle Walker instead of Trent Alexander-Arnold.

“I think he has had an unbelievable season and when he doesn’t play City miss him lots. City’s defensive record is as good as Liverpool’s.

And Neville also went for Rodri instead of Rice.

“I didn’t fancy him when he first came over, I was comparing him to Fernandinho, thinking he wasn’t mobile and looked slow on the ball. He has come on to a different level this season.”