Harlequins have enlisted the help of Gareth Southgate to assist in staging an
unlikely comeback in their Heineken Champions Cup tie against Montpellier.

Montpellier have a 14-point lead from the first leg and with the aggregate score from the home and away matches deciding who proceeds to the quarter-finals, the Gallagher Premiership champions must produce a special performance. 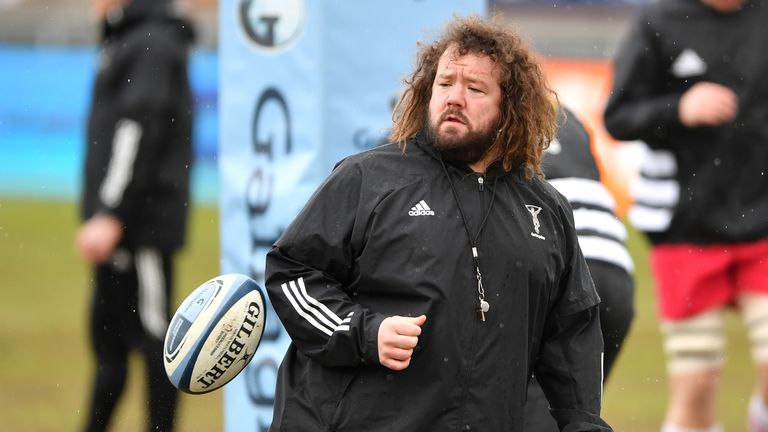 “He was good, a lovely fella. Probably not as tall as I thought he was going to be! He was very softly spoken. He knew rugby and understood it.”

“Gareth sat in our meetings and fed back to us a little bit of what he thought. It was great listening to some of his thoughts,” assistant coach Adam Jones said.

“We tapped him up about the two legs because football teams would do the two-leg format way more than we would. I don’t want to give all the secrets away because Montpellier might be reading this!

“He was good, a lovely fella. Probably not as tall as I thought he was going to be! He was very softly spoken. He knew rugby and understood it.

“The impression we got was that he was here to learn off us as much as we were to learn from him. Probably shows how far we’ve come as an organisation.”

Quins were 26-0 down by half-time of the first leg but the comeback kings of English rugby mounted a trademark response to keep alive their hopes of progressing further in Europe.

“History has shown over the last while that we come back at teams. It’s never over for us. To pull back within 14 points is not the end of the world,” Jones said.

“Montpellier said they needed 21 points against us and the fact it’s 14 is probably making them sleep a little less easily.

“We know we can score quickly to get ourselves back in the game, but so can they. We’ll give it a crack and we’re looking forward to the challenge of pulling those 14 points back.

“I was googling famous comebacks earlier because apart from Stephen Hendry beating Jimmy White in the 1992 Snooker World Championship final I can’t think of any!”