Stefanos Tsitsipas overcame a two-set deficit against Lorenzo Musetti to advance to the second round at Roland Garros a year after blowing a two-set lead in the final against Novak Djokovic; Karolina Pliskova, Paula Badosa and Simona Halep come through in the women’s draw

The Greek star treated fans Court Philippe Chatrier with a marathon encounter which finished at 12.35am local time.

The fourth seed hit 64 winners and fired 10 aces, fighting back to beat the talented Italian on the back of a strong first serve.

“I refuse to give up,” Tsitsipas said. “That’s simply how it works with me. You never really think about getting back after being two sets to love. You just play it point after point. You just wish that your efforts will pay off on. It’s a mountain that you have to climb”

He added: “It was a great first round. I’m going to keep working hard to improve and build a relationship with the crowd here.”

Wimbledon runner-up Karolina Pliskova came from a set down to beat France’s Tessah Andrianjafitrimo 2-6 6-3 6-1 to reach the second round of the French Open.

The Romanian overcame a second-set blip to beat 18-year-old Nastasja Schunk 6-4 1-6 6-1, while the 2017 champion ended a five-match losing streak with a 6-1 6-4 win over Lucia Bronzetti to advance to the next round.

She will meet home favourite Alize Cornet, who saw off Japan’s Misaki Doi in straight sets. 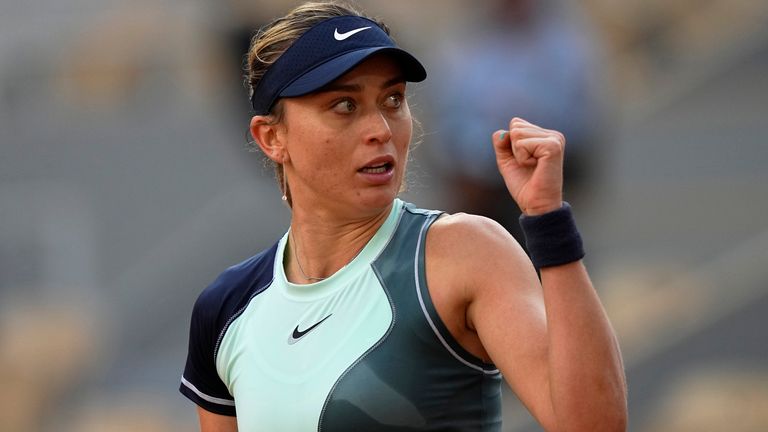 Madison Keys came back from a break down in the deciding set to close out a 6-3 3-6 6-4 win over Anna Kalinskaya. She will play home hope Caroline Garcia, who beat Taylor Townsend in straight sets, for a place in the third round.

The seventh seed made 13 unforced errors in the first set, more than four times her opponent, but fought back to seal the victory, hitting a total of 42 winners.