Colossal, the company known for its mission to resurrect a woolly mammoth (or at least, an elephant with some very mammoth-like traits), is back with $60 million in Series A funding. But despite the fanfare and cash, there’s not a ton of scientific progress to report.

Colossal is spun out of the work of George Church, one of the creators of the Human Genome Project and a geneticist at Harvard and MIT. Church has a track record of both scientific success and out-there ideas. For example, while the rest of the scientific world has used the genetic editing tool CRISPR to tackle disease one or two genes at a time, he has plunged headfirst into editing multiple genes with goals like editing pig embryos to create viable organs for human transplant.

Church’s lab has also been trying to resurrect a woolly mammoth since at least 2017, theorizing that with the right combination of genetic tweaking, and reproductive technologies, this familiar megafauna could rise again.

Colossal is basically built around achieving the mammoth moonshot. It has a sponsored research agreement with Church’s lab. But mammoths probably aren’t the major selling point for investors interested in Colossal. As co-founder and CEO Ben Lamm told TechCrunch, it’s the technology that the company is creating en-route to that mammoth that is truly monetizable. That technology ranges from artificial wombs, to stem cell lines, to computational biology software.

“The business goal as we go toward the mammoth is developing these technologies that we think have larger applications to human healthcare,” he told TechCrunch. The goal here would be to spin off a few technologies to drive new sources of revenue, and balance out expenditures from other arms of the mammoth experiment.

It’s hard to overstate how biologically difficult mammoth de-extinction really is, even when you break down each tiny piece of it. So far, there’s little scientific progress to report.

The first key piece of “de-extinction” is having an entire genome for the creature in question. We do have that genome for mammoths, which have been found preserved with soft-DNA containing bits still intact. That DNA is a good start, but it’s little more than an instruction manual. 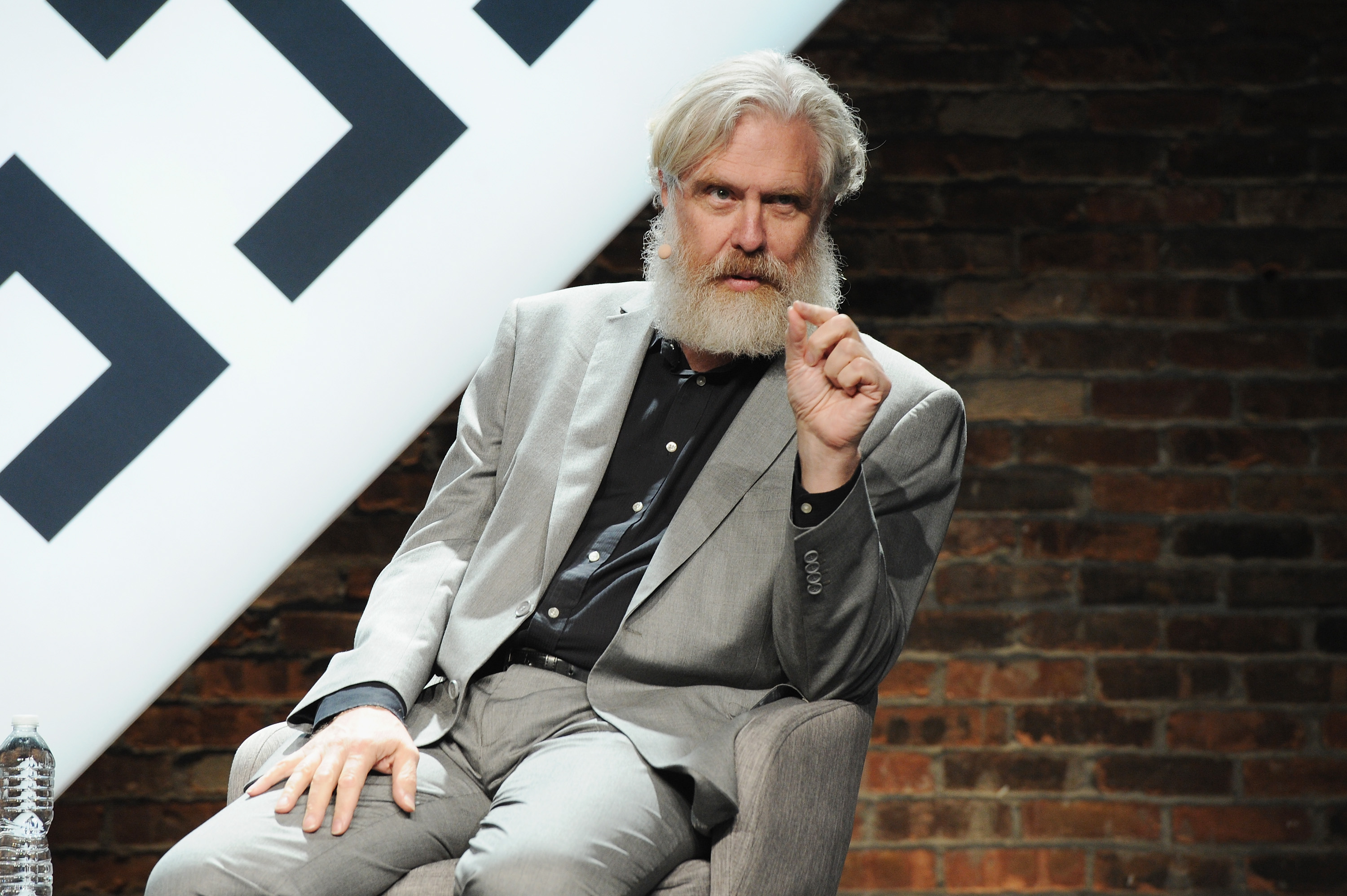 George Church at The New Yorker TechFest in 2016.

What Colossal has to do next is invent nearly all of the tools needed to do that tweaking at scale, and actually carry a hybrid elephant to term. Those inventions are a ways away.

First, the company has developed a series of African elephant induced pluripotent stem cells (IPSCs), which can be programmed into any cell in the body, says Lamm. Lamm also said the company is planning to publish data on this “in the next few months” but none of it is public right now.

But, to create a mammoth, the company will need to do the same for Asian elephants, which hasn’t happened yet. “We’ve developed the precursor to Asian elephant IPSCs, and we’re pretty close,” he said.

From there, Colossal has been working on an internal software product, says Lamm. Details on this are very scant, but he described the software as a “no-code biology platform.” Lamm described the product vaguely. But it appears to be a prototype that should allow for easier “genotype to phenotype lookups.” In theory, it should help perform the computational biology needed to link certain genes to certain traits, a necessary part of the de-extinction puzzle.

A mammoth carcass preserved by ice. Displayed in Moscow.

But again, Lamm says this software is a just prototype. He estimates that the company will have something to show the public by Q3 of 2022.

Finally, there’s the artificial womb piece of the puzzle. On that front, there’s been a lot of hiring, but not a ton of science. Lamm says the company has started building out the embryologist and ex-utero team.

“We’re not to embryos or functional assays on edits or whatnot,” he said. But the company still believes it’s on track to perform 15 of the 45 gene modifications it has targeted anyway.

“We believe that we’ll be done with 15 of them this year, and we’re on track to do that,” he continued.

If these scientific tools do materialize – and that’s a big if – there definitely is a need for them. There are currently one million plant and animal species threatened with extinction, according to a landmark UN biodiversity report issued in 2019. Creating the tools to not just “de-extinct” dead species, but help restore those that are still alive could prove very powerful in the future.

Lamm acknowledged that Colossal is interested in applying its tools (once created) to those animals. Lamm says the company is beginning computational biology work on a secondary species, the northern white rhino. There are just two female northern white rhinos alive today.

“We’re looking very closely at the northern white rhinos as a component of this and we’re starting to do some computational biology and sequencing work on rhinos,” he said. “I think that’s just as important as the de-extinction aspects of our work. So selfishly, I think we have enough capital and we have the right investors behind this to support that as part of our mission.”

At the moment Colossal’s more tangible accomplishments are centered around building out the businesses’ infrastructure and brainpower. The company has brought on a head of animal operations, and has started building out an embryology and ex-utero development team. The company employs 48 people, said Lamm.

Colossal has also accelerated lab building projects. The company has three operational labs, counting Church’s, and is building a fourth. This lab will be based in Dallas and focus on stem cell biology and gene editing.

Maybe that $75 million and new hires will go on to yield huge scientific steps. Lamm said the funding should provide enough runway to get the company to the viable embryo stage. But for now, the mammoth remains as elusive, and definitively dead, as ever.

Why Predictions Are More Dangerous Than Guesses