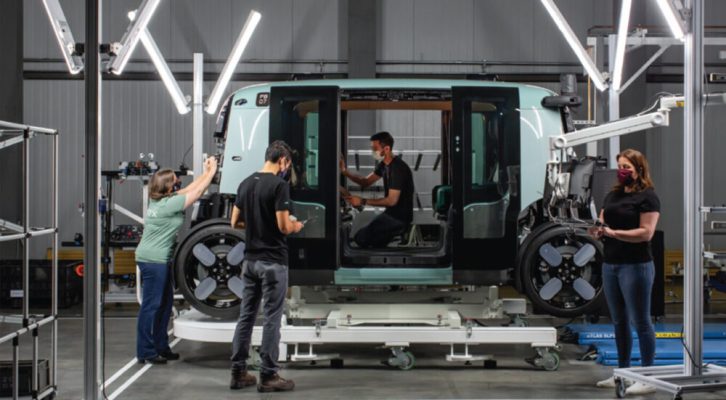 Autonomous vehicles and vehicles with automated driving functions now have their own set of motor vehicle safety standards, a U.S. federal agency ruled on Thursday. The ruling begins to provide clarity on how passenger safety should be defined in vehicles that are designed without things like driver’s seats and steering wheels.

The U.S. Department of Transportation’s National Highway Traffic and Safety Administration (NHTSA) issued the first-of-its-kind final rule that updates the safety requirements for occupants in vehicles that don’t have traditional manual controls associated with a human driver.

The rule, which, among other modifications, changes terminology in the Federal Motor Vehicle Safety Standards (FMVSS) to reflect the spatial layout of automated vehicles, builds on the agency’s previous efforts to ensure public safety as automation evolves. Last year, NHTSA issued an order that required AV operators and manufacturers to report crashes to the agency, and in 2020, it launched an AV testing initiative that allows states and companies to submit information about AV testing that can be viewed by the public.

“As the driver changes from a person to a machine in ADS-equipped vehicles, the need to keep the humans safe remains the same and must be integrated from the beginning,” said Dr. Steven Cliff, NHTSA’s deputy administrator, in a statement. “With this rule, we ensure that manufacturers put safety first.”

In a lot of ways, the rule is reactive to an industry that’s already well under way. However, no purpose-built AVs have been deployed on public roads yet, so forming the basis of regulation for new types of vehicles now is certainly a step in the right direction.

The rule firstly makes changes to terminology that are written for traditionally designed vehicles in order to avoid both ambiguity and unnecessary terminology. Terms like “driver’s seat,” “steering wheel” or “passenger seat” won’t make sense to use as spatial references for purpose-built AVs that aren’t built with such features. Cruise and Zoox are both building such AVs that are designed for sharing and do not have much in the way of traditional interiors.

However, companies like Waymo, Motional and Argo AI are still deploying automated vehicles on the street that can be operated by both an automated driving system and by a steering control, so those must have their own distinction, says NHTSA.

Some automated vehicles, like Nuro’s, are being used to deliver goods, but not humans, so NHTSA’s standards have been tailored to exclude those vehicles, ruling that the original safety need doesn’t exist when there are no occupants to protect.

NHTSA’s final rule also discusses changes to requirements by manufacturers resulting from revisions to the terminology, “such as the treatment of advanced air bags and advanced air bag suppression telltales in [automated driving system]-equipped vehicles, lockability requirements, and changes to…seat belt requirements for medium-sized buses and large school buses following the removal of the term ‘driver.’”

Autonomous vehicle makers are already designing their new vehicles with passenger safety in mind. Zoox, for example, says it has built an entirely new style of airbag for its vehicle, and has designed a system that leverages sensors, switches and cameras to ensure proper seat belt usage among passengers. But the NHTSA ruling provides guidelines going forward and a method of holding manufacturers accountable in an evolving industry.

“Through the 2020s, an important part of USDOT’s safety mission will be to ensure safety standards keep pace with the development of automated driving and driver assistance systems,” said U.S. Transportation Secretary Pete Buttigieg in a statement. “This new rule is an important step, establishing robust safety standards for ADS-equipped vehicles.”