5 Signs That May Mark A Stock Market Bottom

The equity markets are in free fall, and everyone is searching for the bottom or signs that at least the bottom may be near. But to this point, some of those classic indicators have yet to show any signs of a capitulation occurring in markets, at least not yet. This could mean that while stocks are down sharply on the year, the bottom may not be close.

Typically, when investors are just trying to sell anything that isn’t nailed down to the floor, indicators like the may spike. But to this point, despite the VIX being elevated, there has been no significant spike higher.

The VIX has been very well contained between 20 and 35 since the beginning of the year. One would want to see the VIX break out of that range and make a higher high even to begin thinking about a market bottoming process. 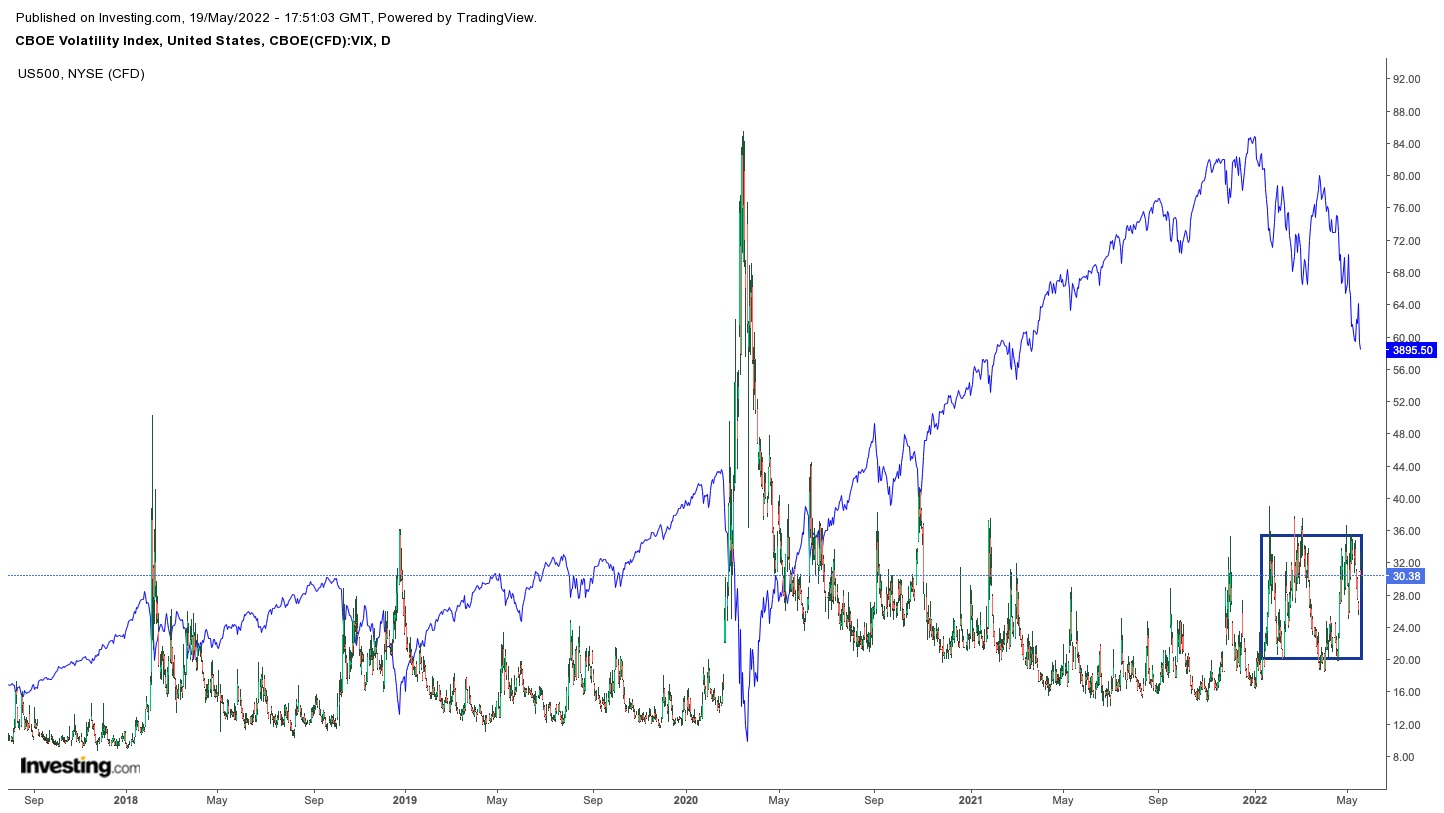 It is also tough to think about a bottom for a broad-based index when economically sensitive averages and indexes are making lower lows, such as the . It just made a lower low on May 19 and breached some crucial technical support levels in the process.

Even the , one of the first groups to start their descent in early 2021, has been steadily dropping and is now trading back to pandemic lows. Typically, when groups like these start trading counter to the broader indexes, it indicates a bottoming process may have begun. 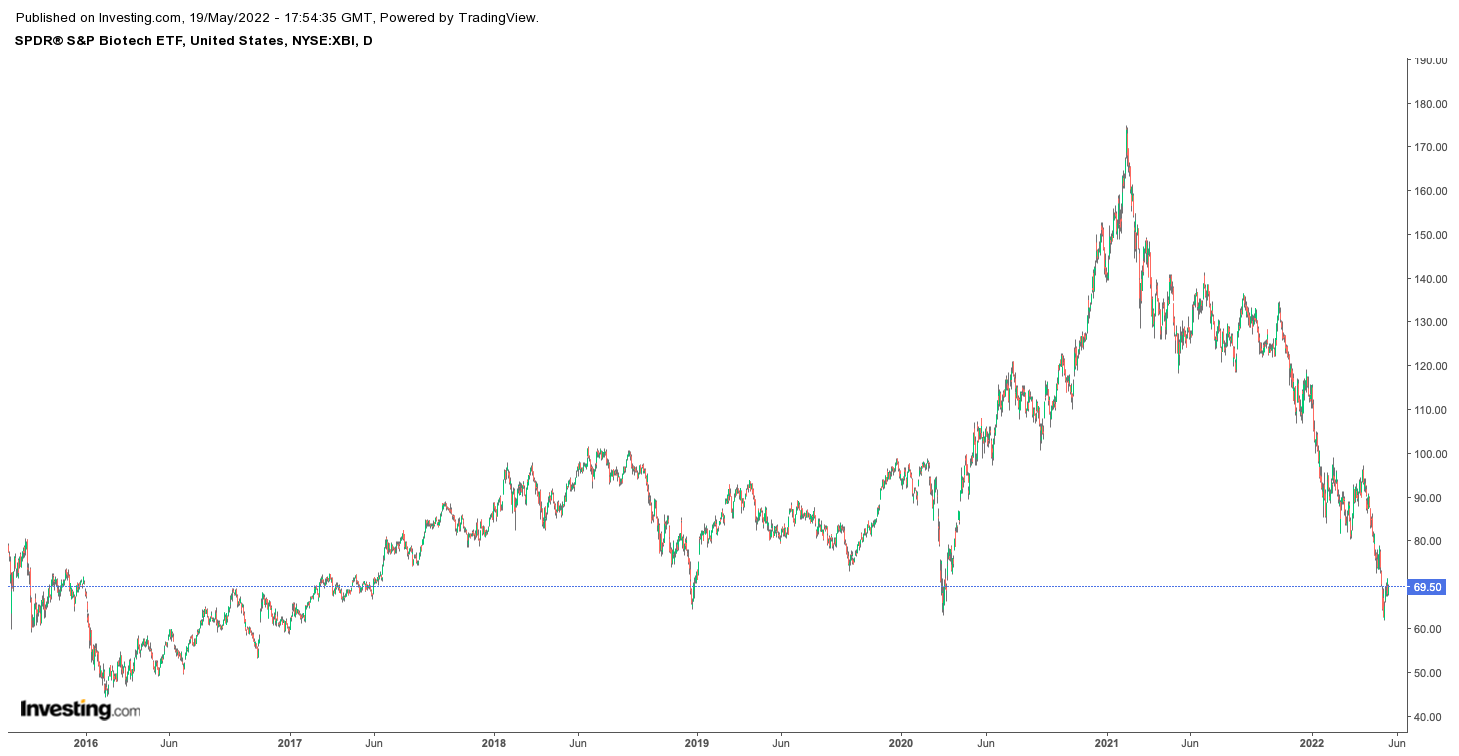 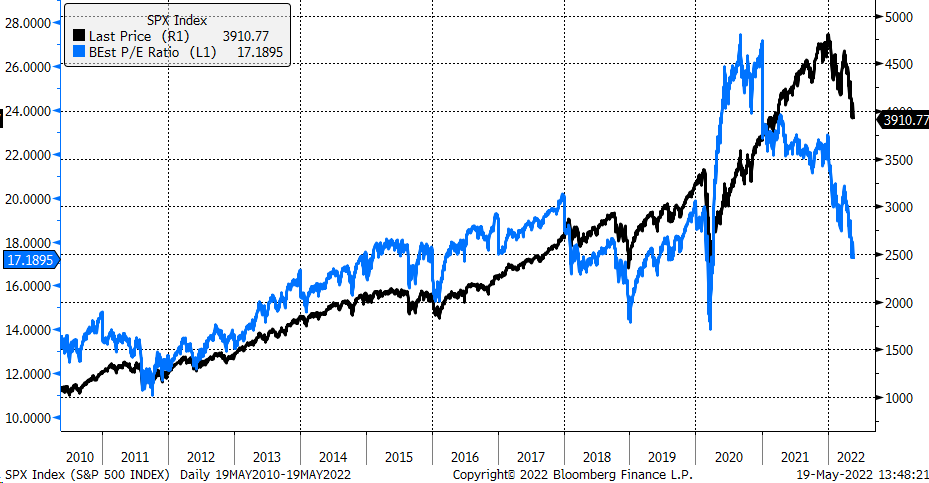 On top of that, this bottoming process is likely to be very different from the ones of the past decade because the Fed will not be there to support the market. This time, the market will be entirely on its own, making for a more challenging recovery process than what has been seen in the recent past.